On Tuesday the 21st of February, Jamie Heaslip, visited Oatlands College. Jamie Heaslip talked to the senior and junior rugby teams about his rugby career, his injuries, his pre-match diet and activities, the atmosphere and loyalty of Irish fans at a match and getting over defeat. Afterwards Jamie watched the rugby team’s training session out on the pitch.
Jamie Heaslip answered questions that the rugby team might have had about professional rugby or any other topics they wished to ask. As Jamie Heaslip was arriving to Oatlands, the school organized a Jersey Day that allowed the students to show their support through wearing jerseys in return for bringing in €2, this was done to help raise funds for Jamie's chosen charity of ISPCC.
Jamie Heaslip describe the atmosphere of before and after a match as tense but being out on the pitch and seeing the support fades away the anxiousness. Jamie also commented on hoe Irish fans are one of the most loyal fans, breaking 2 world records for total number of fans in a stadium at one time. Jamie Heaslip also talked about other rugby teams pre-match traditions such as the New Zealand rugby team tradition of performing the Haka and how it is important to respect these traditions.
Jamie Heaslip talked about his time playing on the Irish team for a total of 95 matches, the training sessions that he would do almost daily, his diet pre-match as well as talking about Ireland's chances of winning the Grand Slam and the current team. Jamie told the team how he remembers the losses more than the victories but what's important is to learn from the defeats and improve.
After answering questions went outside to watch the rugby team take part in a training session.
Oatlands College would like to thank Jamie Heaslip for coming in to talk to the rugby junior and senior teams. 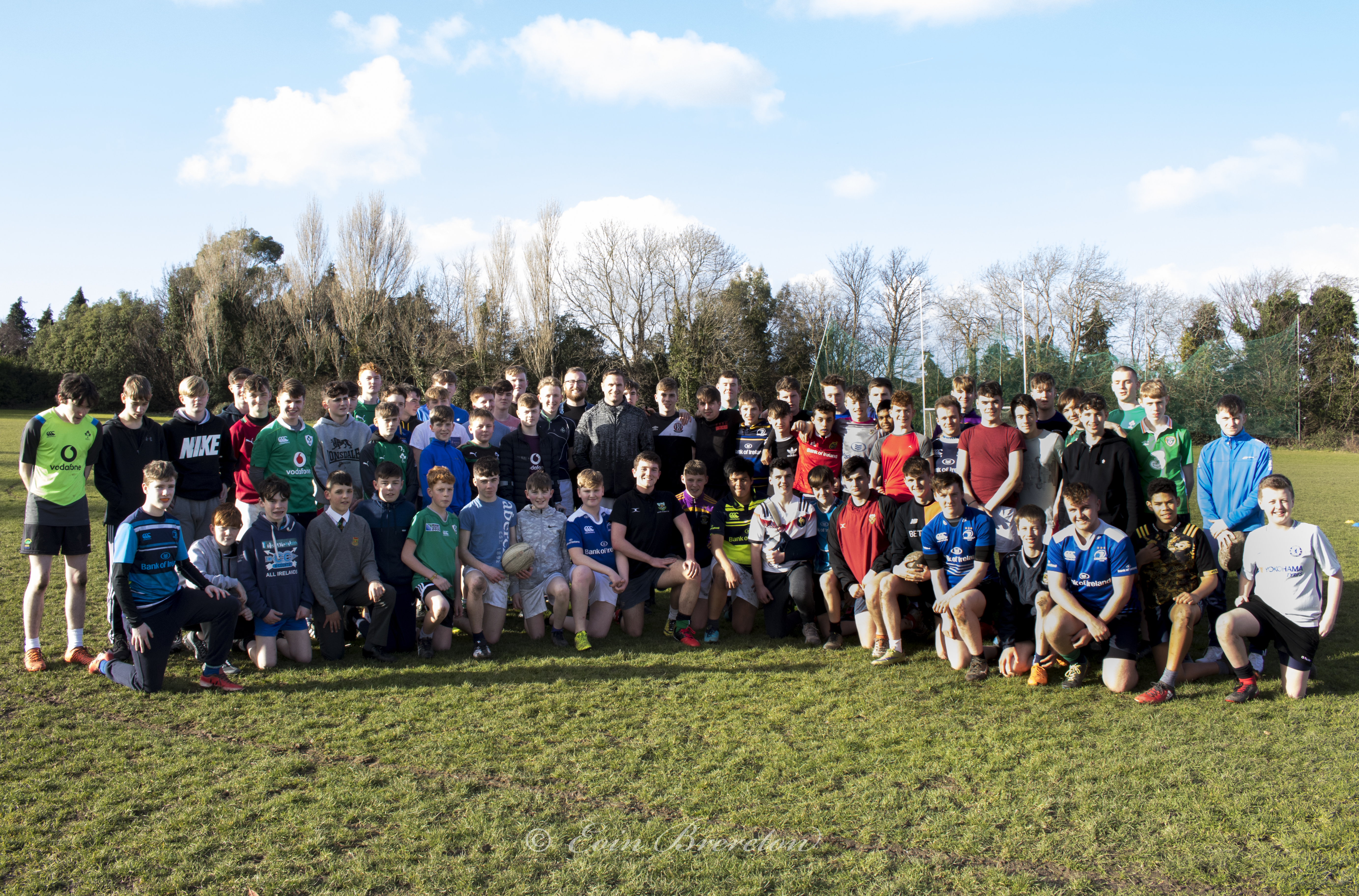 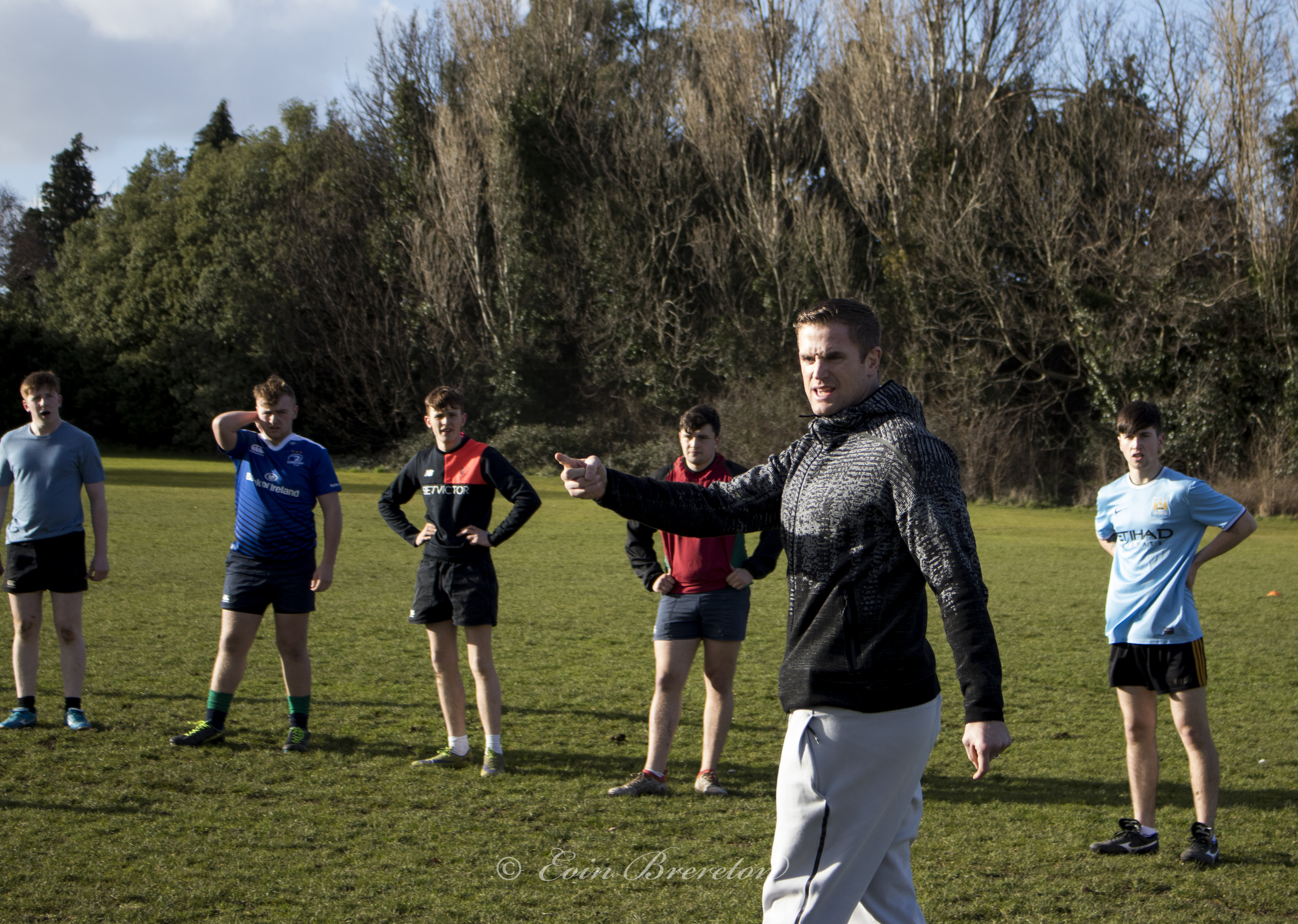 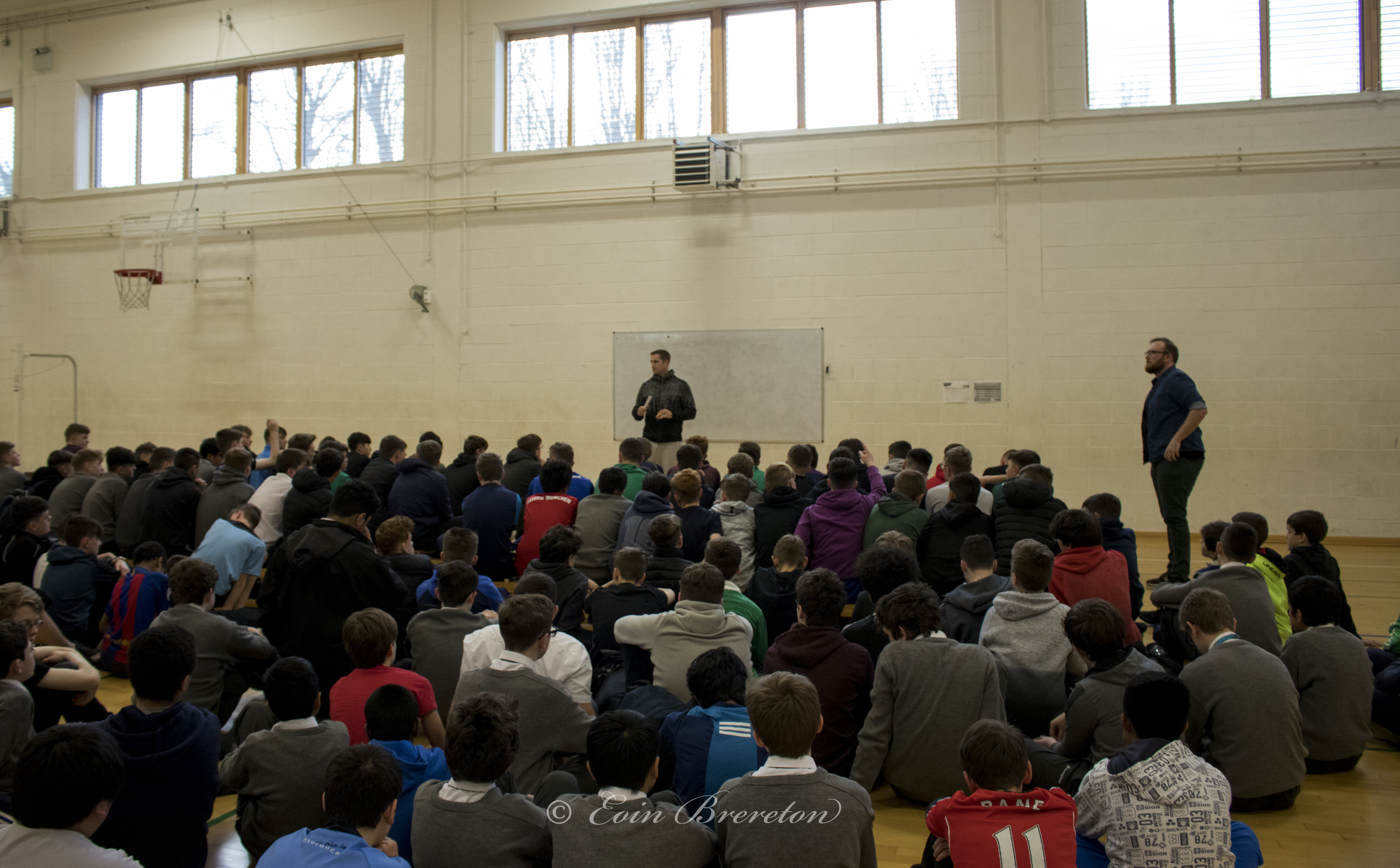