Oatlands College (Irish: Coláiste Fhearann an Choirce) is an Edmund Rice School for boys aged 12–18, located in Mount Merrion, County Dublin. It prepares students for Junior Certificate and Leaving Certificate examinations. The school was ranked as the 10th best non fee-paying secondary school for boys in County Dublin by the Irish Times newspaper in 2013. The Christian Brothers first established a community in 1951, before opening the school in 1955. It is now under the Trusteeship of the Edmund Rice Schools Trust. The school added a single storey extension in 1969 and later added a sports hall in 1980. After some modernisation in 1995, the school opened a new wing in 1999. In the summer of 2010, a new technology room, drawing room, music room, a second computer room, two new class rooms and two new science laboratories were added to the building. On 10 May 2012, a new sports hall with a canteen and a new classroom was opened by the President of Ireland Michael D. Higgins. The school is very well served by Dublin Bus routes 7b, 7d, 46a, 46e, 47, 116, 118 and 145 along the N11 Stillorgan Road Quality Bus Corridor. The school itself is located about 2 minutes walk to Stillorgan village.

Edmund Rice Schools are a dynamic, diverse and thriving network of 96 secondary and primary level Christian schools across Ireland, working every day to inspire and guide over 37,000 children and young people.

All of our schools are defined and shaped by our unique Charter. It sets out the values of quality teaching and learning, care, equality, leadership and faith at the heart of Edmund Rice Education. 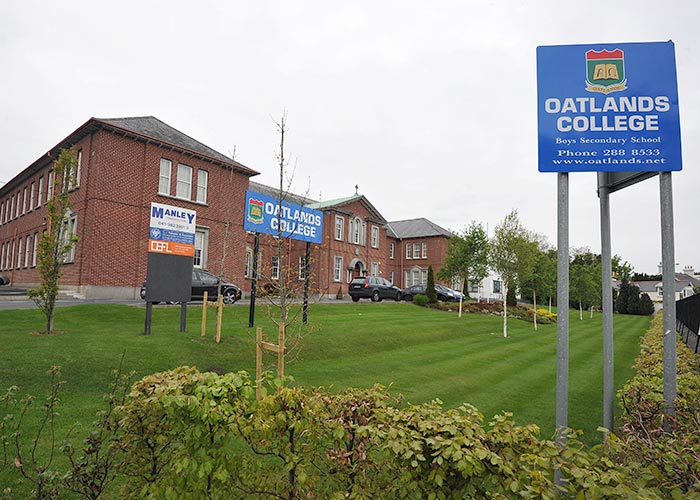