My block week was in Bord Bia, I found it a very good experience and I think that I took a lot away from it. There were four other transition year students from other schools also attending Bord Bia for their block week. We were given a timetable that we followed throughout the week, which was great, as it always meant there with something to do and somewhere to be. For example, on the Tuesday the five of us TY students walked up and down Grafton street visiting shops to study and find new consumer trends. The best product that we found was a biodegradable water bottle which is a sustainable product.

We then returned to the office space and were given time to put together a presentation about the products we had found. We then presented in front of some of the employees in the building and they were very impressed with our ideas.

We also had a few lectures and talks about certain issues and events in our world today. For example, we had a lecture about Brexit and another about the beef crisis in Ireland. Both lectures were very educational, and I took something away from each. We sat in on a meeting on the Wednesday which the Bord Bia staff discussed how the company could be a more sustainable company. Their ideas included reducing the amount of paper used in the office; reducing the amount of lithium battery powered laptops; making sure all lights are turned off where possible and reducing the number of plastic cups and the amount of plastic packaging used. 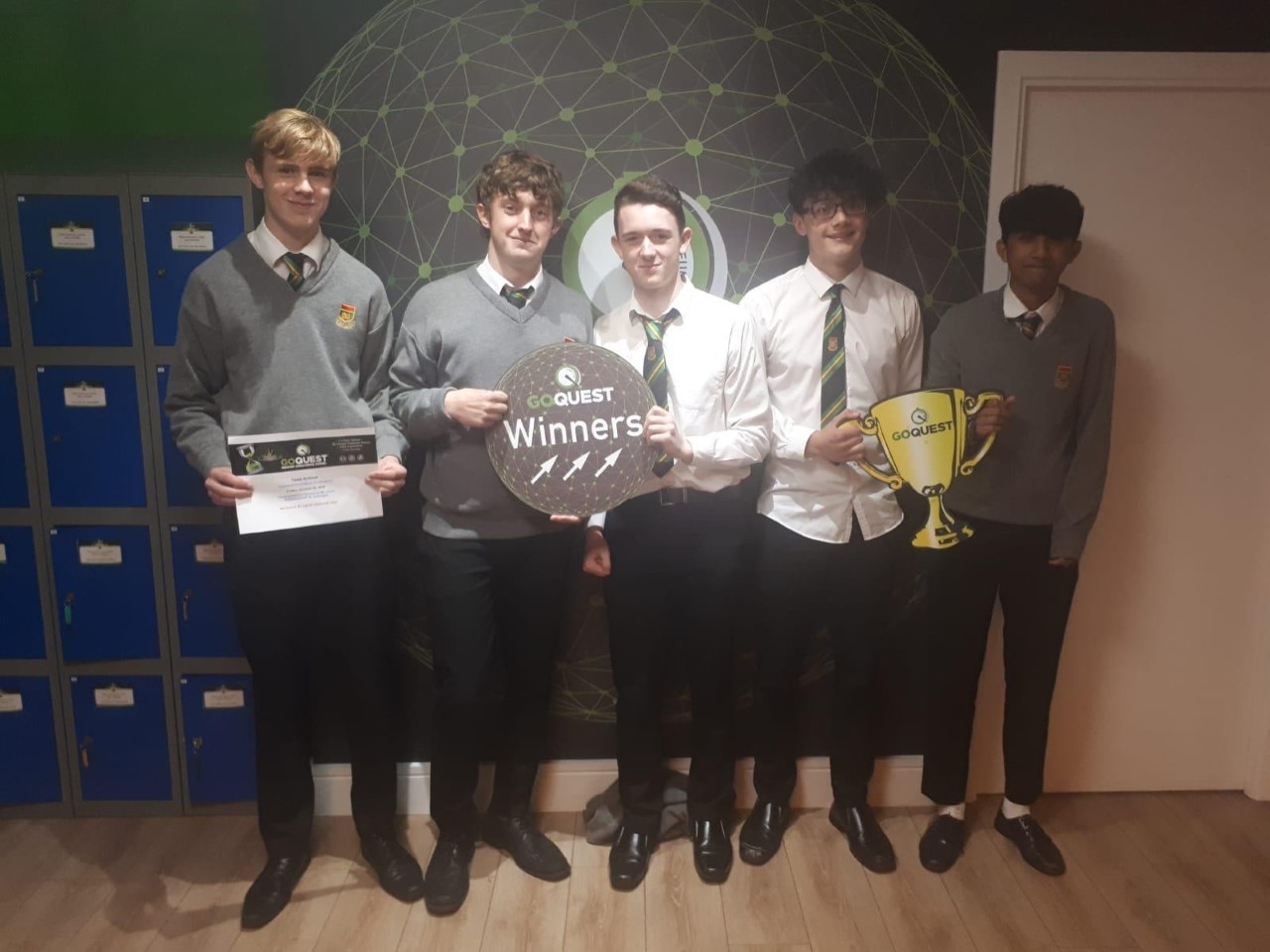 Transition year has been an incredible experience for me so far. Even though we have only been back in school for two months, we have taken part in so many activities, events and have been on a few trips. After the stress of the junior certificate, I was glad to be able to relax a bit more in transition year. We have still had homework and many projects to do, but the fact that we do not have any exams has made the work more manageable. I have also tried many new and interesting subjects that were unavailable in the Junior Cycle course. The Transition Year programme gives students the opportunity to participate in different modules to see what the subjects in leaving certificate will be like, so we have a better idea of what we want to choose for the Leaving Cert course. New subjects include Home Economics, Chinese, Applied Maths, Economics and First Aid to name a few. Most of these subjects have been quite enjoyable and I have discovered new interests due to these modules that I was not unaware of. We were also put into new classes at the start of the year, so I have gotten to know people that I previously had little contact with.

As we have more free time in Transition Year, I have also had the chance to develop some of my hobbies. I have started to play hockey after school on Wednesdays and Badminton on Mondays. I always enjoyed playing sport, but I had to limit the amount that I did in third year. Out of school, I have rejoined my swimming club on the weekends.

The Musical has also been a big part of Transition Year so far. We do Musical practice for the last two classes of the day every Monday. We dance, sing and do some acting. Musical practice on a Monday is good as it eases people back into a new school week. We have also started to do Musical practice after school on a Tuesday. A choreographer comes to our school and we practice dancing for 1 hour. I never really danced before but I find it fun and it’s a cool way to stay active. It is a new experience for me, but I have enjoyed all of it so far.

My favourite part of Transition Year so far must be the trips. We have already been on several trips in the first two months of the year. We had our orientation in Carlingford where we stayed overnight. In Carlingford, we took part in water activities as well as an obstacle course in the sky. We went to the National Ploughing Championships for the day where we saw many different stalls and tents of people selling items. There were food tents and a theme park too. We went to GO-Quest for team building activities which involved problem solving. Our latest trip was to a skiing place in Sandyford. It was very fun, and I had never gone skiing before.

So far, Transition Year has been the greatest year in Secondary school. 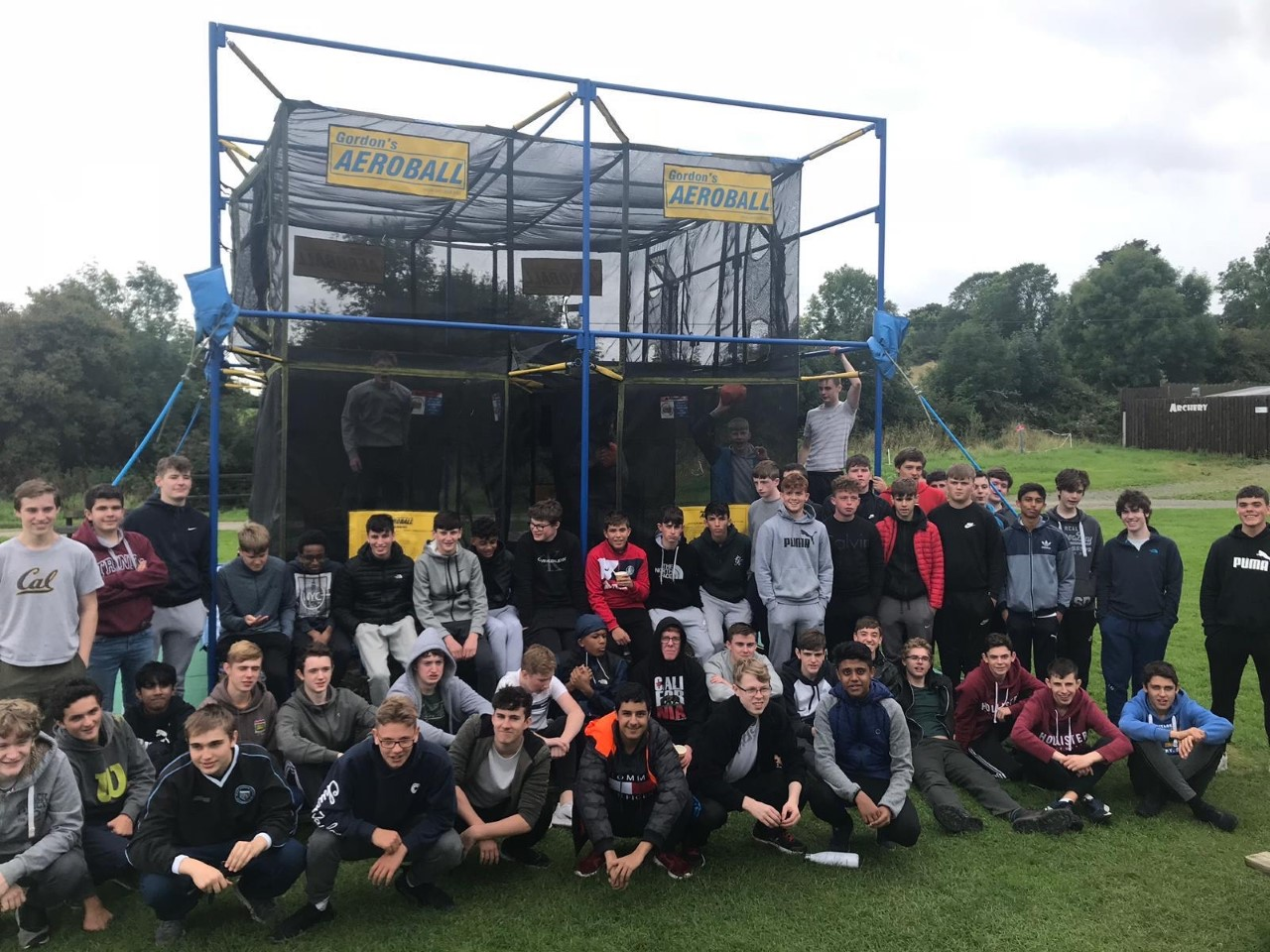 Throughout TY we have done many activities and gone on several extra-curricular trips. All of these have been extremely enjoyable and everyone in our year has really gotten the most out of the things that have been on offer. My favorite part of the year so far was probably the trip to Go-Quest which was organized as part of Math's Week in the school.

We went to Go-Quest on the Friday of Math's Week. After our first class, two buses came to the School Hall to pick us up and drive us to the venue. When we arrived, we were told to make groups of five and to come up with a team alias. Afterwards we were shown a safety video and the instructors gave us a rundown of what the challenges inside the arena would necessitate.

There were 28 rooms to overcome. The arena was split into Four Zones with different themes: Humdrum Conundrum, Global Conquest, Altitude Adventure and Jungle Jeopardy. Within each zone there were several rooms with different and unique challenges. Each challenge was either Physical, Mental, Skill, a mixture of two or in some cases a combination of all three types of challenge. Every room also had an individual level of difficulty which corresponded to how many points were awarded for its completion and an allocated amount of time. Inside each room there were three different lights: Red, Orange and Green. Once the challenge had started, the light turned to a solid orange. If your team was making progress in the challenge, the orange light began flashing. If the challenge was successfully completed, the green light turned on while red indicated failure.

We were given an hour and a half inside the arena to try and complete as many rooms as possible. Certain rooms took many attempts to complete and if a challenge was taking too long, teams simply moved on so as not to waste too much time. I personally found the mental challenges the most problematic as they were often vague and took several tries to figure out. The Physical Challenges were the easiest and our team often completed them on the first go.

Our Team managed to successfully finish 13 rooms and we finished with a total of 23 points. Our tally was enough to make us finish in first place. I really enjoyed Go-Quest as it was a fun and challenging experience and we got to work as a team throughout. I hope there will be more trips like this in the future and I would recommend Go-Quest to anyone.